Home Newsroom School back in at Carinity Education Gladstone

School back in at Carinity Education Gladstone

For the first time, Carinity Education Gladstone has welcomed students back to school following their summer holiday.

January 29 marks the start of the second semester that the independent secondary school has been operating.

Carinity Education Gladstone opened in July 2017 with 23 students. Student numbers for the 2018 school year have more than doubled, to more than 55.

“Carinity Education Gladstone provides education, training and mentoring for students who are having difficulty succeeding in traditional schools,” she says.

“Most of our students have shifted from the State public school system where they felt lost and disengaged. Their education suffered and many of them had high truancy levels.

“Last year many Carinity Education Gladstone students had 100% attendance in classes. Students say they enjoy coming to school – and it has been some time since that was the case for many of these young people.”

Students attending Carinity Education Gladstone come from Gladstone and surrounding communities such as Tannum Sands, Benaraby and Calliope. The school has its first Year 11 students this year, after having previously catered to Years 7 to 10.

This year Carinity Education Gladstone will offer Vocational Training and Education to allow students to undertake Certificate courses in fields such as hospitality, business and tourism. The school also plans to build new hospitality and nursing training centres, administration building, and an undercover sports and training facility on its campus.

Carinity Education Gladstone is operated by Carinity, a not-for-profit outreach of Queensland Baptists. It is one of Carinity’s four schools, with the others located at Rockhampton, Hervey Bay and Brisbane.

“We hope to educate students and teach them a range of life skills, to bring purpose and direction into these young people’s lives and hope for a better future,” Carinity CEO Jon Campbell says.

To find out more about Carinity Education Gladstone or to enquire about enrolments phone (07) 4970 9701. 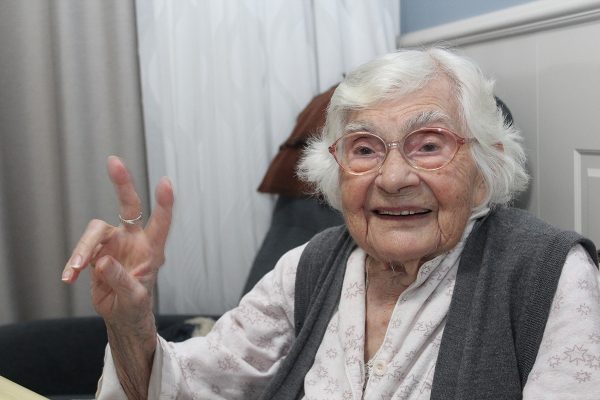 A Brisbane woman who was recognised in the Australia Day Honours List is celebrating another major life achievement. Bessie Conomos OAM is Queensland’s newest centenarian…

Dining is an art and meals should please the palate, not just satiate the appetite. This observation from 18th century Chinese gastronomic expert Yuan Mei…