Gladstone secondary school students concerned about the impacts of online harassment have created their own anti-bullying campaign.

Wanting to make a difference to those afflicted by bullying, Year 10 students at Carinity Education Gladstone conceived The Infinity Project – Show Love; No Harm.

“This is a serious issue. People are dying from online bullying,” student Jasmine Hargreaves says.

The Infinity Project began after students had expressed concerns about the social and individual impacts of bullying.

“Students discussed changes in the bullying culture over time and how largely social media has aided in its enhancement,” Carinity Education Gladstone teacher Amanda Ford says.

“They recognised that bullying rumours travel like wildfire, particularly on social media.  They began to question whether words of compassion, love and support would spread as quickly online.”

Student Megan Pine-Lehmann says: “We became aware and accepting of what words and phrases hurt us and how they leave scars, but we also learned that we have the power to not let these hurt us anymore.

“We want to share that message to others who are afflicted with bullying and to let them know they are not alone, and we care.”

Students are asking for the positive messages and images of The Infinity Project to be circulated on social media.

“We want to share as far and wide as possible in an attempt to remind and support others that bullying is never okay and everyone is worthy of love and compassion,” Amanda says.

“We would ultimately like to explore how far and where our message travels globally.”

Carinity Education Gladstone provides education, training and mentoring for students who are having difficulty succeeding in traditional schools.

After opening in mid-2017 with 23 students, Carinity Education Gladstone now has 96 students enrolled.

It is one of five schools operated by Carinity, a not-for-profit outreach of Queensland Baptists, with the others in Rockhampton, Hervey Bay, Brisbane and Townsville.

Therapy dogs top of the pups

When Stanley the miniature fox terrier’s owner passed away, the little dog started a ‘paw-some’ new role – bringing puppy love to some of the… 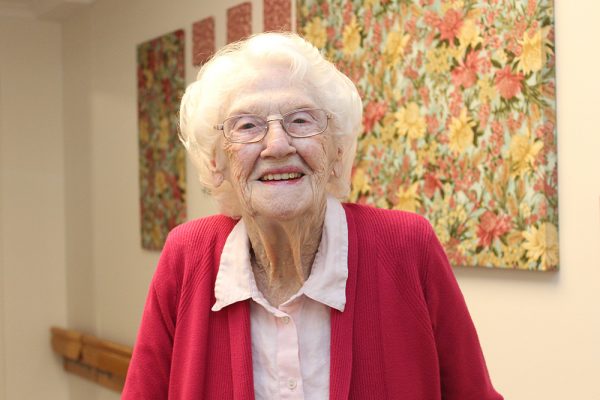