One of Carinity’s dedicated volunteers is continuing a family legacy in chaplaincy.

Jonathan Stubbs, also known as Jona, has been a volunteer prison chaplain with Inside Out Prison Chaplaincy for the past six years.

Jona is following the path of his father George Stubbs who was a prison chaplain for 25 years, including 20 years with Inside Out Prison Chaplaincy.

“My father rang me one day to mention he had met a young man in jail whose mother went to our church, so I started visiting him,” Jona says.

“Through this process God showed me the significance and importance of just walking alongside this young man.”

Jona explains he was brought up in a Christian home but was a “very rebellious teenager and young man” who had issues with drugs and alcohol.

Now he helps to bring hope to men in prison, as “one of the few allowed to walk among the inmates”.

“Prison chaplains are important because we have privileged access to broken lives that matter,” says Jona, who has also volunteered with prison fellowship in Tasmania.

“I love talking with inmates and asking God for wisdom to speak and share into their lives and situations.

Jona has become the first person from the Sunshine Coast to complete Carinity’s Queensland-first pastoral care course, Certificate IV in Chaplaincy and Pastoral Care, via correspondence through Malyon Vocational Training.

Jona is one of around 30 Inside Out Prison Chaplaincy volunteer prison chaplains offering pastoral care to men and women in correctional centres between Townsville and the Gold Coast.

“A common attitude to people in prison is ‘out of sight out of mind’. Men and women who are incarcerated are among the most marginalised people in our society,” Myles says.

“People in prison are at the lowest point in their lives. Prison chaplains provide a listening ear to assist people facing challenging times.”

Carinity also has chaplains working across Queensland in hospitals, schools and in aged care and retirement communities.

Anyone interested in supporting Inside Out Prison Chaplaincy or becoming a volunteer prison chaplain can visit the website or phone 3550 3789. 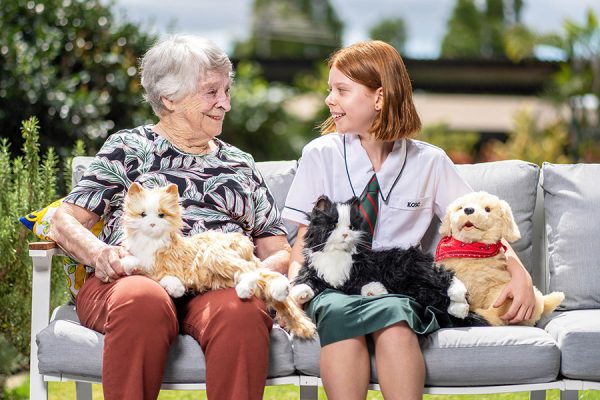