Guiding homeless youth to a better future for 40 years

For thousands of young people, a modest house in Brisbane has been the home they didn’t have.

Carinity Orana is celebrating 40 years of welcoming and supporting homeless youth and those at risk of becoming homeless.

It was established with the support of Lawnton Baptist Church as Pine Rivers Youth Service’s ‘Hassall House’ in Lawnton in 1981 and relocated to its current premises at Bald Hills the following year.

Operating like a family home, Carinity Orana can cater for up to five residents aged 16 to 21 years at any one time, offering a maximum stay of six months.

“It’s been fantastic to see young people better themselves in life and work towards a better future,” says Nathan Wilkins, a youth worker at Carinity Orana for 12 years.

An estimated 6,000 young people have stayed in Carinity Orana’s emergency housing and accessed education and training – to provide a pathway to a more positive future.

Kim Bertwhistle supported teenagers at Carinity Orana for 17 years and relished helping at-risk youth to “go down a different road” in their life.

“There was a couple who went on an establish themselves and married and had a family, and that period of their lives at Orana was pivotal for them because they were really at risk,” Kim says.

Former Orana manager Nikki Brown relished supporting at-risk youth to go down a different road in their life, which she says was challenging yet gratifying.

“It was very real and very raw but a privilege to care for kids that weren’t wanted. Some residents didn’t have any family at all so I thought it was appropriate to be family for them,” Nikki says.

Tracey Jones, one of four full-time Orana staff and a Carinity youth worker for 15 years, has seen a shift in the public perception of homeless youth.

“In the past the thinking was if a young person was in the homeless shelter system they were a ‘bad kid’. I know that thinking has altered,” Tracey says.

“There is now a focus on the family situations that these kids come from, in the hope that issues can be dealt with at this level before it turns into homelessness.

“My motivation to spend time with these young people is to help them recognise their strengths and abilities … and then to see them utilise these traits in their efforts to move forward positively in their lives.”

Given Carinity Orana is a short-term accommodation and crisis shelter, Nikki says staff “don’t get to see how all kids’ stories end.”

However, they often hear from adults whose lives were positively impacted when they lived at Orana as adolescents.

“Recently I had an ex-resident who we worked with for four years contact me. She sent me a message to say, ‘I never told you, but you changed the course of my life’,” Nikki says.

“I know some of the young people we worked with did not have good outcomes in life but what we did for them at Orana, you can’t take away that positive experience.

“Whatever happened later in their life, for the period of time they stayed with us they knew they had worth and they were loved.”

A function celebrating 40 years of Carinity Orana will be held at the Queensland Baptists Centre in Brisbane on Tuesday April 20 from 5.30pm.

Former Carinity Orana staff and residents are invited to attend.

Read about Dave McNair’s career as the manager of Carinity Orana.

Donate to Carinity Orana or sponsor a bed. 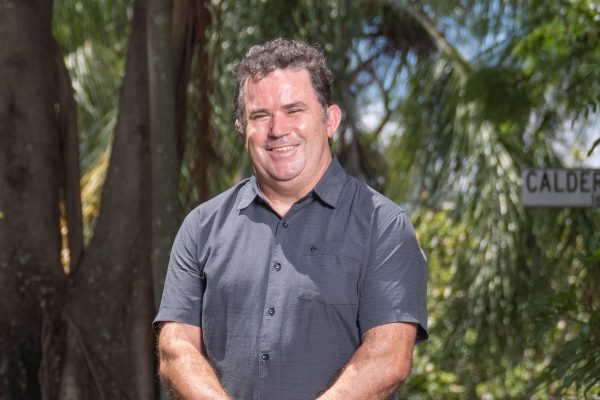