New centenarian creates her own history

Joan Davis remembers a time when Rockhampton had no swimming pools, houses didn’t have electricity, and horses still pulled buggies along the streets.

Now Joan, who obtained her driving license aged 73, is again part of local history as the first Carinity Shalom resident to reach the 100-year milestone.

She celebrated her 100th birthday at the aged care community in Rockhampton on January 18, joining the Carinity 100 Club and around 5,000 other Australian centenarians in the process.

Born in Longreach in 1921, Joan has spent her life in Rockhampton, Mount Morgan and Biloela and a short time in Charters Towers.

While “times were hard and money short”, Joan had a happy childhood and attended a one building school at Frenchville.

“We had no electricity and survived with carbide lights. It gave a good light, but it was a bit scary when the water bubbled over. We did our homework with this light,” Joan says.

“The coming of electricity was a miracle. We got out first radio. Dad would sit up for hours at night listening to the cricket Tests between Australia and England.”

Joan recalls travelling in a sulky – “the nearest thing to a car we ever had” – on Sunday afternoons to visit her grandmother.

“It was a pretty hairy ride because sometimes our horse Bluebell would play up,” Joan says.

“There were no swimming pools, so we waited anxiously for the wet season every year. The creeks would flood, and we couldn’t wait to get to them for a swim after school and at weekends.

“In the summertime we would lay on the grass and pick out star formations… and we would have sing-songs as a family and harmonised quite well.”

Joan met her future husband George when she was 16 and they married in 1942, during George’s leave from army service. The couple had seven children together.

“He was my first ever boyfriend and it turned out my only one,” Joan says.

Joan’s first job was as a switchboard operator and she later worked in clerical roles, as a cleaner, and for a betting agency.

She was heavily active in the Rockhampton community, volunteering for Meals on Wheels and at a kindergarten, and regularly visited hospitals where she read books to patients.

Joan’s love of the beach started with family holidays at Yeppoon. She also enjoyed lawn bowls, sewing and playing card games such as bridge.

She also loved to drive, a pleasure she discovered later in her life after George passed away.

“Dad used to drive Mum everywhere but after he died, Mum went and had driving lessons. She was 73 and got her licence at her first attempt. She drove everywhere,” her daughter Chris Dickinson says.

Family from as far away as the Gold Coast will gather for a small 100th birthday celebration with Joan at Carinity Shalom on Sunday. 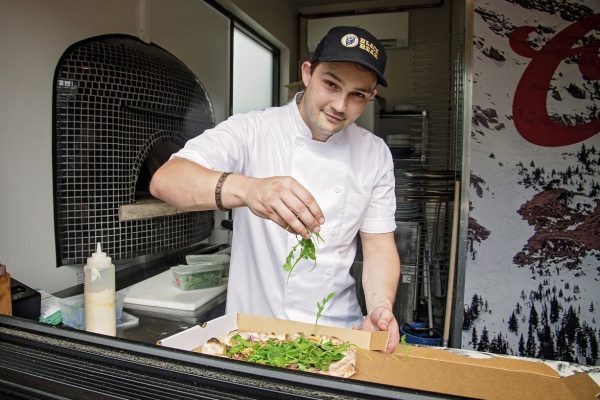