Having lived with depression for most of his adult life, music has been a way for Dennis Frahm to “calm the savage beast”.

Now Dennis is finding his voice as a songwriter, contributing original music for a new album written and recorded by Rockhampton and Yeppoon singers who have faced adversity in their lives.

“Songwriting has given my inner self a voice. Now I’m trying to get my outer self to sound and feel right with it,” Dennis said.

The No Covers 2: Original Music by Resilient People album features tunes written at a songwriters’ workshop held in Rockhampton over several months. The CD consists of nine original songs from solo artists, including country, blues-rock, ballads and Christian tunes, and one collaborative group song.

The songwriting workshop attracted participants from as far away as Dysart. It was funded by Carinity Education Rockhampton through its Community Recovery Challenge, a series of activities designed to help build resilience in the Livingstone district.

Narelle Schirmer from Facets Music and Performing Arts Studio facilitated the workshop. She said the songwriters, who have faced challenges such as depression, physical disability and mental health issues, “found their voice” via the creative process.

“The workshop was all about people wanting to express themselves and finding a way to do that through writing songs,” Narelle said.

“Everybody’s got a story, everybody’s got something to say, and everybody needs to be able to be heard. The whole idea of No Covers is to give a voice to people who may not usually share how they feel.”

One of the songwriters, Aliza Francis, said the workshop helped her to “move through my fears that had been stopping me from singing for over 20 years”.

“My mother’s best friend had been encouraging me for many years to re-embrace the joy of music. She felt it would be a nice therapy to help manage the challenges life has presented me with,” said Aliza, who is vision impaired.

“I have always loved using language to create stories and express ideas. Songwriting and singing provide me the ability to express myself artistically through music. I am grateful and feel blessed to have this opportunity.”

Inspired by her positive experience with the No Covers songwriting workshop, Aliza has gone on to release her new single, Old Fig Tree, and its music video.

Rehearsals and recording for the songwriting project were held with professional musicians at Bel Canto Music Academy in Rockhampton. The workshop also helped to train two burgeoning sound engineers.

“Working with professional musicians has helped me understand my music and develop more clarity in my writing,” Dennis said.

The new CD release follows the first No Covers album of original songs by Capricornia songwriters released in early 2021. Sales of that CD raised money for the Yeppoon Community Centre.

Copies of the No Covers 2 CD are available from Carinity Education Rockhampton in Glenlee. Phone 4936 3741.

Young people across Queensland needing to overcome challenges that stem from a disadvantaged upbringing can find refuge, support and guidance from Carinity. 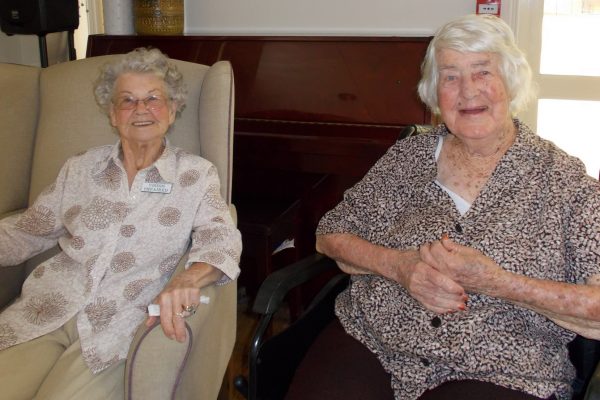