Everyone has a story to tell. Sometimes they just need help telling it.

For Sharr Robinson and Suzie Baloh, the thought of recording their music was something they only dreamed of.

Now they and fellow aspiring singers are set to launch a new album of their original recordings in Yeppoon this weekend.

Narelle says they “found their own voice” through the creative process, with some songs expressing how they “deal with difficulties in their lives”.

“The resilience of these people, the comradery and feeling of trust to share their stories and their feelings was inspiring, coming up with music and trusting us to show us their work,” Narelle says.

Music is an emotional release for Sharr, who recorded her original songs Don’t Be My Lover and The List for the No Covers album.

“I have been facing a bit of a struggle this last year due to some health issues and have been unable to return to work, so the workshop filled a huge void for me,” she explains.

“It was great to meet other like-minded people and to have the chance to learn a bit more and hear about other people’s journeys.

“I never expected to end up recording my music for a CD. I can’t even begin to describe how amazing it feels when you hear the band playing the music you have written.”

Suzie says recording her songs Faded Picture and Doin’ Alright was “something I dreamed of doing but never had the opportunity”.

“I found the workshop to be of great benefit in learning how to work with others, in building confidence and self-esteem, and in realising that I am capable of a lot more than I realise,” she says.

“I am a big believer in the benefit of music as therapy and lifting the spirits of people. Music builds people up and lifts the spirit of people and it has the potential to heal or assist healing.”

The songwriters’ workshop was funded by the Community Recovery Challenge, a series of community activities designed to help build resilience in the Livingstone Shire district.

“Carinity Education Rockhampton set out on a mission to spread support to the local community through these difficult times in creative and innovative ways,” school Principal Lyn Harland says.

“We asked the question, ‘What can we do to help isolated groups of like-minded people?’ One project was the songwriters’ workshop.”

The songwriters will launch No Covers: Original Music by Resilient People with a free concert at Yeppoon RSL on February 13 starting at 1pm.

Copies of the CD can be purchased for $20 at the show or from Carinity Education Rockhampton. Phone 4936 3741.

All money raised from CD sales will be given to the Yeppoon Community Centre to assist families in need following disasters. 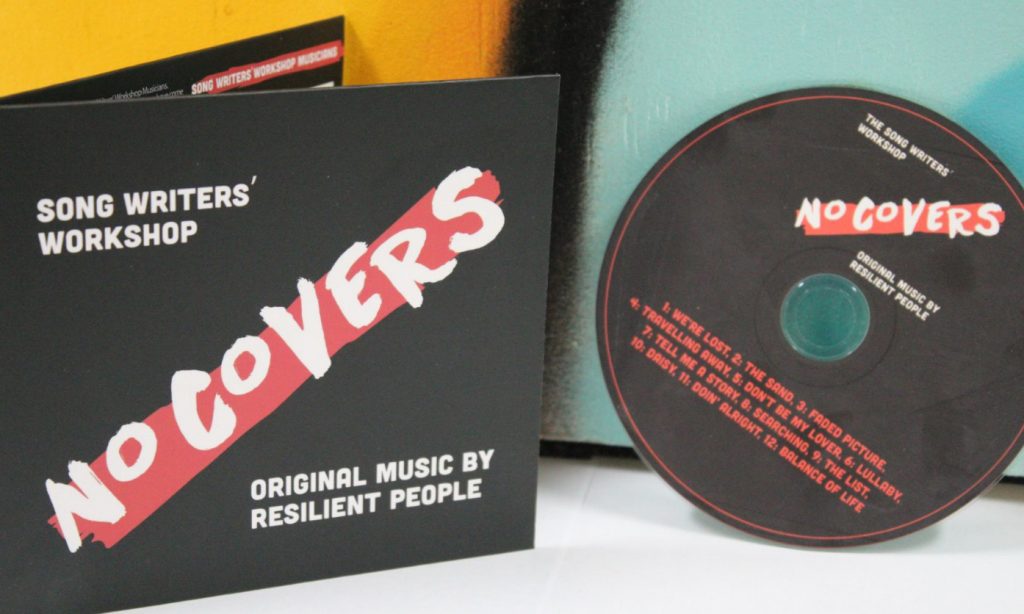 Gladstone students have a heart for charity