Receiving a message from the Queen on your 100th birthday is special.  But Daphne Russell reckons getting a gift from rugby league royalty is just as great.

Around 170 guests from around Australia and New Zealand attended her 100th birthday party at Virginia Golf Club, followed by a celebration at Carinity Clifford House.

“When I saw it, I was absolutely rapt. I thought it was lovely of him to do that,” Daphne says.

A country girl, Daphne was born in Mackay on 22 July 1918, the youngest of nine siblings – five sisters and four brothers.  She spent most of her life in Monto and Rockhampton.

“I spent most of my life in the country, where my dad was building railway lines,” Daphne says.

Daphne worked as a sales assistant and dressmaker and loved Cocker Spaniel dogs and playing golf and lawn bowls.

“I liked the bowls better because the golf wore me out. With the bowls you roll three bowls and then you can sit down.  I won a few trophies, but I never won a championship. I enjoyed it.  It was a good game and it was good company,” Daphne says.

The sports fan loves cheering for the North Queensland Cowboys and watching State of Origin rugby league, golf and AFL on television.

Amongst her other hobbies are reading the newspaper, crocheting, listening to music on the radio and singing.

She is the second centenarian living at Carinity Clifford House, joining Susanah Martin in the exclusive ’100 Club’. Susanah turned 102 on 27 July.

Susanah grew up on her family’s dairy farm in Gunnedah and, like Daphne, was one of nine children.

Daphne and Susanah celebrated their big birthdays together with family and friends at Carinity Clifford House on 26 July. 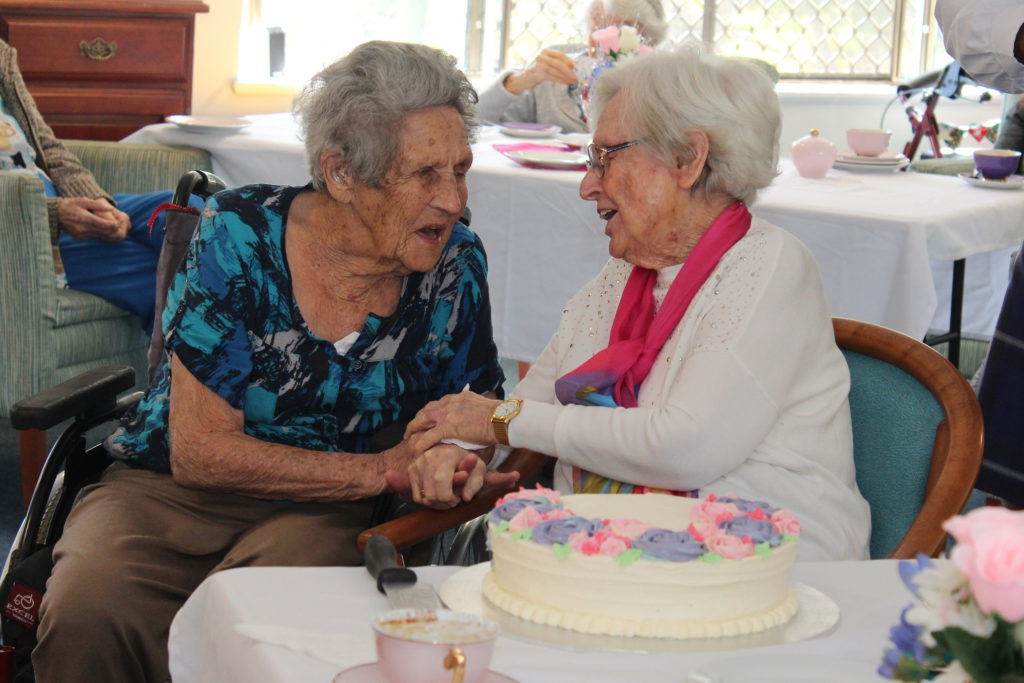 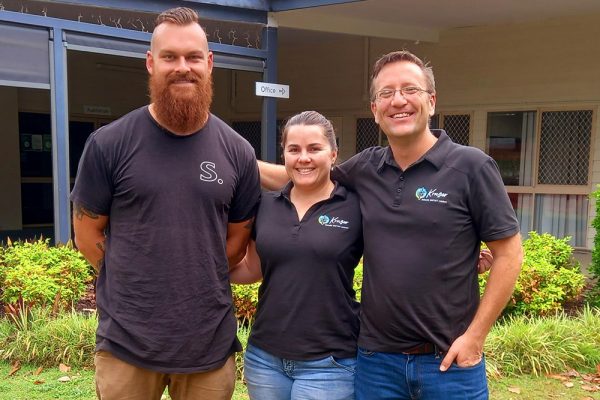